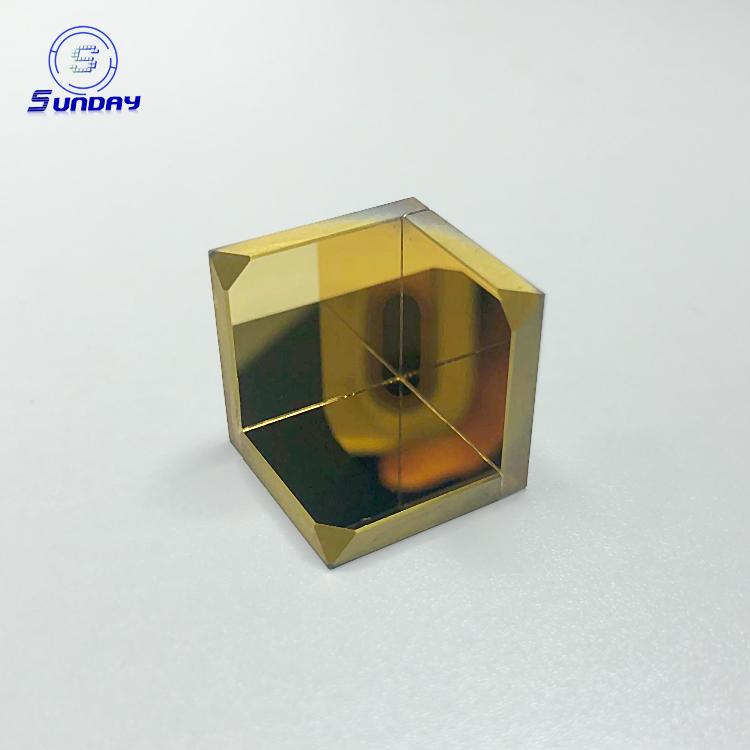 Optical Mirrors are used for beam turning, interferometry, imaging, or illumination.Using polished glass or metal as the substrate, the light beam hits the surface to form mirror reflection.In order to obtain as much reflected light as possible, the substrate is often coated with a reflective coating, including metal and dielectric film.Metal coating commonly used materials are: aluminum, silver, gold, aluminum from the ULTRAVIOLET region to the infrared region has a high reflectivity, at the same time can form a layer of aluminum oxide on the surface of the aluminum, so the film layer is firm and stable.The silver film has high reflectivity in the visible and infrared regions, and the polarization effect is minimal when the incident Angle changes.Gold film has a high reflectivity in the infrared region, and its strength and stability are better than silver film, so it is often used for infrared reflection.Metal film is soft, easy to scratch damage, so often in the metal film coated with a layer of protective film.Metal film mirrors are insensitive to incident angles and can be used in a relatively wide wavelength range. Metal fmirrors have been able to meet the needs of optical instruments.If higher reflectivity is required, a multilayer dielectric reflective film can be used. Golden coating reflective>99%